Are you a Hulu subscriber and a fan of sitcoms? You are in luck. While the streaming service might not be considered the best, it has a deep library of movies and TV shows, which even rival some of the so-called “best online streaming services”.

From classic shows to the latest releases, Hulu has a wide range of sitcoms. Therefore, whenever you get bored, you are guaranteed to find several shows that will keep you entertained. 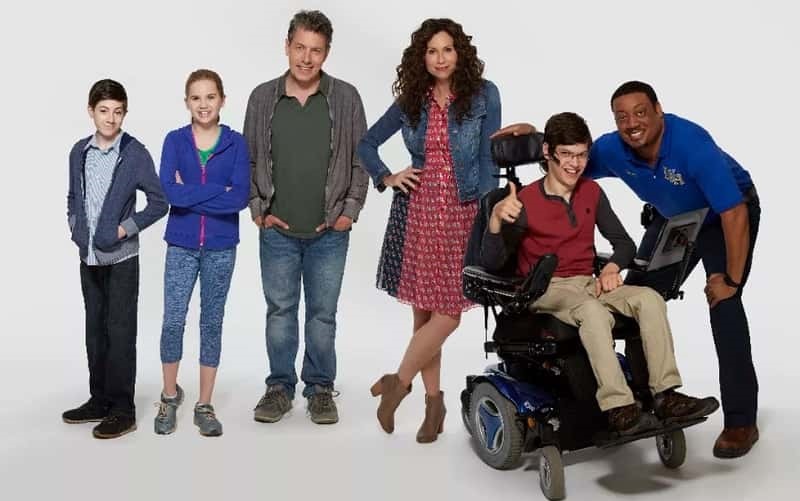 Best sitcoms to watch on Hulu

Below, we have compiled the best 10 sitcoms on Hulu that you can enjoy when looking for a good laugh.

Speechless is an American TV show and one of the top latest Hulu sitcoms. It follows the family of JJ (Micah Fowler) who is unable to talk and confined to a wheelchair.

The show usually features various experiences the family encounter, which are not without funny and awkward encounters mostly because of the overprotective Maya DiMeo (Minnie Driver), JJ’s mother.

Scrubs is one of the top sitcoms of all time. It follows the story of Dr. John Dorian (JD) – who is fresh out of medical school – as he struggles to become a doctor.

The show manages to keep you glued to the screen with the antics of the sometimes unpredictable staffers in the hospital, JD’s wacky character, and its unique tackling of the issues of life and death where humor and tragedy sometimes cross paths.

If you are looking for a classic sitcom on Hulu to binge-watch, Scrubs is the show.

3. Fresh Off the Boat

Fresh Off the Boat is another one of the best sitcoms on Hulu. It follows the adventures of a Taiwanese family who immigrate to the U.S in the 1990s.

The father, Louis follows the “American dream” by opening a steakhouse, while the other family members try to adapt to the new environment.

The experiences of the family and the other characters in their lives usually involve very humorous scenes.

Modern Family is a mockumentary sitcom that gives you an honest and often funny perspective of an interconnected extended American family.

The show tackles a wide range of issues that face modern families in the U.S, from parenting to feminism, homosexuality, adoption, unconventional and multiracial relationships, and more.

Of course, the show is not without its share of humor, with several hilarious antics from the characters.

Brooklyn Nine-nine is another one of the top funny shows on Hulu. It follows the antics of several funny characters that make up a Brooklyn police department.

The show has no shortage of entertaining characters, from the hilariously tolerant Captain Holt to the lazy, carefree but talented detective Jake.

Others are the smart, talented, and sometimes obsessive Amy; the tough, sexy, and badass chick Rosa Diaz; the brilliant, grand schemer and quirky office manager Gina, and many others.

Black-is is an American sitcom that follows the adventures of an upper-middle-class, African American family.

It takes you through the experiences of the family – who sometimes feel only black-ish due to their success and cultural assimilation – while they try to discover and honor their ethnic identity while embracing the future of a multicultural society.

Broad City is another one of the best sitcoms to stream on Hulu. It follows the adventures of two female best friends in their 20s as they try to navigate life in New York.

With little money between them, they find various ways to survive in the city, which usually ends up with them being thrown into hilarious and sometimes messy and bizarre situations.

You’re the Worst is another top American sitcom on Hulu which you can count on to make you laugh.

It follows the adventures of two deeply flawed and damaged people; the brush, stubborn and narcissistic Jimmy, and cynical, self-destructive, and people-pleasing Gretchen.

The show will take you through the experiences of their lives as they constantly fall in and out of love while exploring several issues such as love, happiness, sex, romance, food, friendship, and more.

A Different World is one of the top 80s sitcoms on Hulu that you can count on to give you a good laugh. The show explores the lives and hilarious antics of students of Hillman College, a historically black college in Virginia.

Through its humor, the show tackles several issues that were of importance in the 80s (and continues to be even to this day), which range from race, social class relations, equal rights, HIV/AIDs, and more.

Community is an American sitcom that follows the story of Jeff Winger, a lawyer who is fired and suspended from practicing law after he is found out to have lied about his law degree.

He enrolls into a community college and creates a study group to spend time with his activist classmate, but the group ends up attracting several other hilarious characters.

Throughout its six seasons, Community will take you through the funny misadventures of the study group, and the other characters that make up the community college.

Looking to stream sitcoms? Hulu is the place to be. The streaming network has a library full of several sitcoms, from the classics of the 80s and 90s to the 2000s classics, and new releases that are currently trending.

The above are just some of the best sitcoms on Hulu, but you can expect to find lots of more shows to keep you entertained.