Have you ever come across a string of excellent emojis in text or chat messages? These are nothing compared to Twitch emoticons. Twitch is an internet video service providing broadcasting and live video gameplay features.

This runs alongside the live broadcast, allowing viewers to interact with one another. The chatroom has in recent years become the breeding ground for thousands of unique emojis – the Twitch emotes.

These emotes are used by streamers and viewers to flavor the text message, and convey messages or emotions associated with the emoji image.

They have become so popular – a Twitch experience themselves – such that it is impossible to watch a stream without encountering one or two.

You are even likely to come across several channels with very long strings of emotes.

Top 10 most popular emotes on Twitch

Below, we have compiled a list of the 10 most used emotes on Twitch.

Kappa is one of the most spanned emotes on Twitch, used more than 1,000 times a day according to TwitchEmotes.com.

It is based on Josh DeSeno, a former employee of Justin.TV, who had been tasked with setting up a chat client that would become Twitch.

SEE ALSO:  How to change subscriber badge for Twitch affiliates and partners

BTTV (Better Twitch TV) is a third-party add-on that allows users to use a range of emotes in chats.

Better Twitch TV emotes are popular among users as they do not run directly on the Twitch platform. Therefore, they are able to circumvent rules, for example, DMCA complaints.

There are several BBTV emoticons, the top among them being:

You can access other emoticons by installing the BTTV add-on to your browser. You can even create your own custom ones using Twitch Emote Maker and start using them through the add-on.

PogChamp is one of the oldest emoticons. It is based on the image of Gootecks, a pro-Street Fighter player.

It is used to express surprise, excitement, or hype about something that is happening on the stream.

Despite having been around for a long time, the PogChamp charm has never faded, and it is still one of the most used emotes on Twitch.

FrankerFaceZ (FFZ) is another third-party add-on on Twitch, which allows users to use emoticons in streams. With FrankerFaceZ, you can even add your own custom emotes, and then access them when using the Twitch platform.

SEE ALSO:  Bits on Twitch: How to earn and use them

There are thousands of FFZ emotes, which you can access by browsing the FFZ public library.

The most popular ones include: 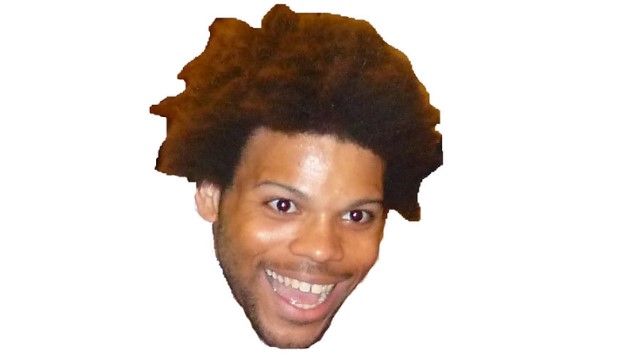 TriHard is another popular emote. It is based on the face image of a streamer, TriHex.

It is frequently used for trolling in response to streamers or viewers who are viewed to be trying too hard to impress. 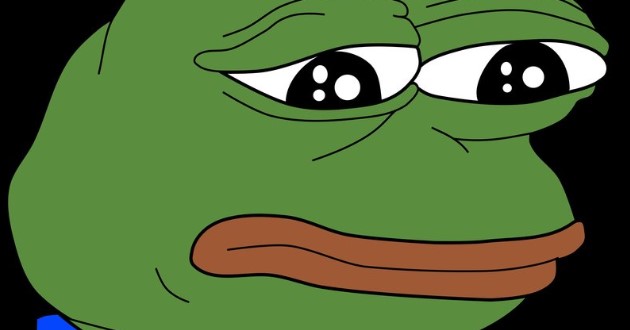 MonkaGIGA is a FrankerFaceZ or BTTV emote. Its origin is tied to the popular MonkaS emote.

MonkaGIGA is used to convey shock at a comment or an event in the stream. However, during game broadcasts, it is used to express stress or anxiety in high tension moments.

DansGaming emotes are a collection of emotes that are used to express disgust, annoyance, revulsion, or anger.

They are a variation of a DansGame emote, which is based on the face (disgusted) of a gamer by the name DansGaming.

Twitch is a large community full of people who are always trying to impress their fellow users, which means that there are bound to be a number of fails.

When these fails occur, there is no better way to express failure and disappointment (or even make fun of someone who has failed) in a single image than the FailFish emote.

The emote is based on the facepalming image of Spamfish, an internet streamer.

The 4Head emoticon features the smiling face of Cadburry, a League of Legends streamer. It is mostly used to express laughter when you want to show that you are cracking at something that has been said in chat or happening on a stream.

However, it can also be used sarcastically in response to someone who makes a joke that fell flat.

BabyRage is a popular emoticon that expresses displeasure with something happening on a stream – like a baby throwing a tantrum.

You can also use it sarcastically for light-trolling viewers or streamers who are whining or are notoriously emotional (especially when things don’t go their way).

If you are new to streaming or haven’t yet mastered the language of emoticons, the above are some of the most used emotes on Twitch. With these emoticons, you can be able to interact better with other streamers/viewers.

They are also extremely fun to use, as they allow you to convey a message or express an emotion (or even a wide range of them) in just a single image.

Some of the emoticons are found on the Twitch platform, while the others can be accessed from the several Twitch emotes download forums found on the Internet.

3 thoughts on “10 most popular Twitch emotes of all time”