The gaming platform, Twitch, has become one of the most popular streaming services in just a few years since its inception. Its growth has seen an increase of features that you can use to make your channel look awesome.

However, as a streamer, you might need something more to attract and entertain your viewers, which is where music comes in. 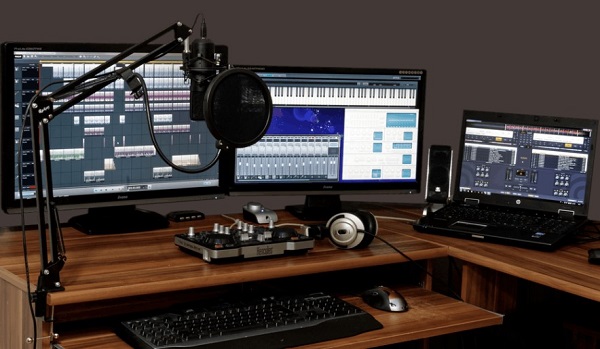 Playing music on Twitch isn’t all about blasting your favorite track while streaming. Copyright issues will creep in.

In fact, several streamers have complained of their VODs (video on demand) being muted or accounts being banned after playing copyrighted music.

If you are new to Twitch or a Twitch streamer, here’s what to know when choosing the kind of music to play while streaming on Twitch.

Am I allowed to play music while streaming?

Some Twitch streamers do not play music on their channels, either due to their own preferences or out of fear of their accounts being banned.

However, as a streamer, you are allowed to play music while streaming.

The only issue lies with the music you play. You need to choose music that will not only entertain your viewers but at the same time, not violate Twitch terms of service and other regulations.

SEE ALSO:  How to block or unblock someone on Twitch

What happens if you play copyrighted music on twitch?

You can still play music from third parties, as long as you have a license or permission from the third party to do so.

The reason for the restriction is that Twitch is considered to be a public forum. Therefore, playing the music while streaming means that you will be broadcasting it to dozens, possibly hundreds or thousands of viewers.

As a result, you need a license or permission from the third-party owners of the music. Otherwise, you will infringe on their copyright.

Other places where to get the music to play while streaming on Twitch?

Aside from copyrighted music (which you have a license for), there are several other places where you can find music for streaming on Twitch.

Below is a look at some of them:

The Twitch music library is one of the best sources for twitch approved music. The library contains a list of music that is approved to play on your channel.

You can use it without fear of copyright infringement, and consequently, having your account banned.

SEE ALSO:  How to customize your Twitch channel

However, it is important to note that Twitch regularly updates its library. Updates include deleting some tracks from the library due to one reason or another.

Therefore, it is a good idea to regularly check if a certain track is still in the library. This way, you’ll avoid any cases, even though unintentional, of copyright infringement.

Royalty-free music is another option that you can use when looking for what music to play while streaming on Twitch.

This type of music is “free of royalty.” This means that after you have paid for the license, you are free to use it without worrying about copyright infringement.

Some of the royalty-free sources where you can find the best music for streaming on Twitch include:

Another great option for streaming music on Twitch is to create your own music. This is a great and cheap option if you are a musician, or have artistic skills.

To use your own music, first ensure that it meets all the criteria for Twitch-approved music (as set in the Twitch music library).

After that, you can then apply to contribute the music to the library, from where you will be able to access it.

However, with the above guide, you can be able to choose music that will entertain your user. At the same time, you will spare your Twitch channels from any problems that result from playing unapproved third-party music.