NBA League Pass is a streaming service that airs all NBA games. With a subscription, you can watch up to 40 NBA games each week.

NBA League Pass is not limited to the USA and Canada audiences only. Users from other countries can also subscribe to enjoy full game archives.

But before subscribing, you should know certain things about the service.

5 things to know before you subscribe to NBA League Pass

If you want to watch NBA through NBA League Pass, you must understand the following five things.

NBA League Pass is available on Android and iOS devices on the web. You can also access it on:

Note that some old devices might not work. Therefore, you need to ensure that you are using the latest devices to stream live games or watch on-demand videos.

You’ll also require the League Pass app for your device. The app is available at your device’s application store for free.

2. You can buy NBA League Pass to watch on YouTube TV

YouTube TV offers NBA League Pass at an additional $40 per month. The subscription allows you to watch all out-of-market regular-season NBA games.

Furthermore, you will access NBA schedules, record games, and catch up on your missed games.

Although you can get League Pass on YouTube TV at an extra fee, the advantage is you will also get over 80 channels to stream different types of content.

You can opt for a free trial of YouTube TV for a preview of what to expect.

NBA League Pass has several subscription options. So, how much does NBA League Pass cost? Well, the prices might change depending on the time of the season.

In general, these are the available packages on NBA League Pass and how much they cost

The package airs hundreds of live games plus 24/7 NBA coverage.

You will get classic games, 2019-20 game archives on-demand, NBA TV studio shows, full-length and 10-min condensed replays of every game, and home and away team broadcast feeds.

Subscribers will be able to listen to select games in alternate languages and live audio for every game of the season.

However, the difference is that you will get your content without ads, it does not have a free trial, and you can watch it on two or more devices.

Team Pass costs $13.99 per month. It only allows you to follow one team throughout the subscription period.

The plan comes with a 7-day free trial.

NBA TV is another unique package from NBA League Pass.

In this case, you will stream around-the-clock NBA coverage, including studio shows, select live games, and relive every finals game from the past 21 years.

League Pass Audio is a subscription option for people who want to listen to home and away radio streams for all season’s games.

4. You can watch League Pass on multiple devices 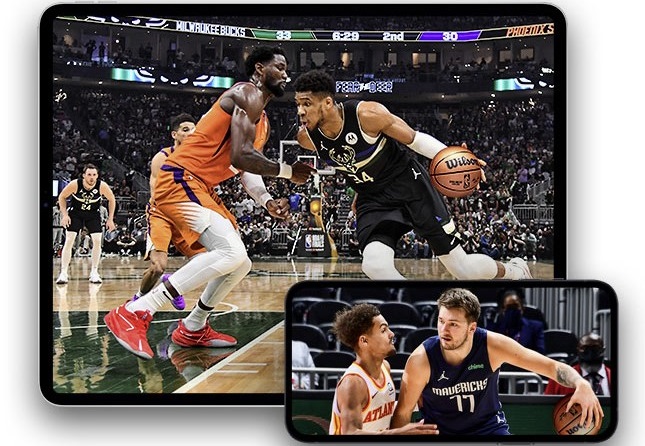 Depending on your subscription, you can watch League Pass on multiple devices simultaneously. You require the NBA League Pass Premium + NBA TV package to access the feature.

Furthermore, it has Mosaic View that lets you watch up to four different streams at one time.

Otherwise, other subscriptions will only allow you to stream games on one device at a time.

All NBA League Pass packages allow you to download games for offline viewing. However, the downloads are temporary. Furthermore, you can only access the videos from the app.

NBA League Pass does not offer a student discount. However, students can get a free 7-day trial if they subscribe through the website for the first time.

Furthermore, student discounts may only be available through other third-party services like streaming platforms with League Pass.

How does League Pass work?

NBA League Pass is a subscription service. You can choose one of its packages to start streaming live NBA games as a user.

However, the subscription will only allow you to watch live broadcasts of NBA games unavailable on national TV or through a local cable provider.

But by subscribing to any of its plans, you will access classic NBA games, NBA TV studio shows, full-length replays, and the option to download games for offline viewing.

How to get NBA League Pass

You can get NBA League Pass by subscribing to the service.

As a new user, your first step is to visit the League Pass site, choose a package, and provide your payment details to complete the subscription.

You can also subscribe via in-app purchase in the App Store, Google Play Store, or Amazon App Store.

Other options for getting the service include purchasing via Roku or participating TV providers. 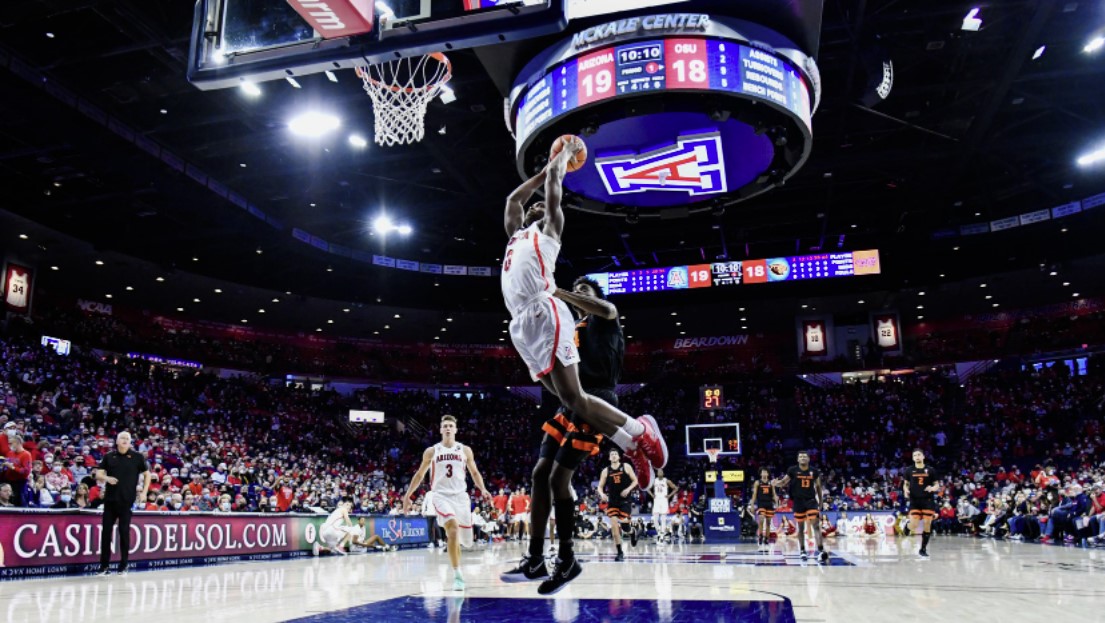 That allows them to watch some games for free without subscribing directly through NBA League Pass.

Can you watch all games on League Pass?

League Pass gives you access to live games, replays, and highlights from every NBA game. You will also get custom streams and select classic games.

However, watching all games is only available for international subscribers. US viewers will have to deal with blackouts of specific matches.

What is the difference between NBA League Pass and NBA TV?

NBA League Pass is a service directly from NBA that allows you to watch and stream any live NBA game for all teams in the league.

NBA TV, on the other hand, is a network channel that gives you additional NBA games throughout the season. But unlike League Pass, which gives you all NBA games, NBA TV does not.

So, in essence, NBA League Pass will allow you to watch each NBA game from any region worldwide. However, NBA TV only shows additional NBA games throughout the season without the option to choose the games to watch.

Is NBA League Pass worth it?

NBA League Pass is worth it for the basketball enthusiast. Since its launch, it has become a convenient option for people that want to enjoy NBA live stream.

You do not require a VPN to access its content because the streaming service is available worldwide. Besides, you can pay a subscription only to watch your favorite team.