Buying Made in America consumer products is a great way to support the local economy. However, when it comes to TV sets, you might find yourself scouring stores before finding a locally-made unit.

To increase competitiveness, many TV manufacturers have moved their operations abroad. Some even sold off their companies after they started losing their competitive edge. 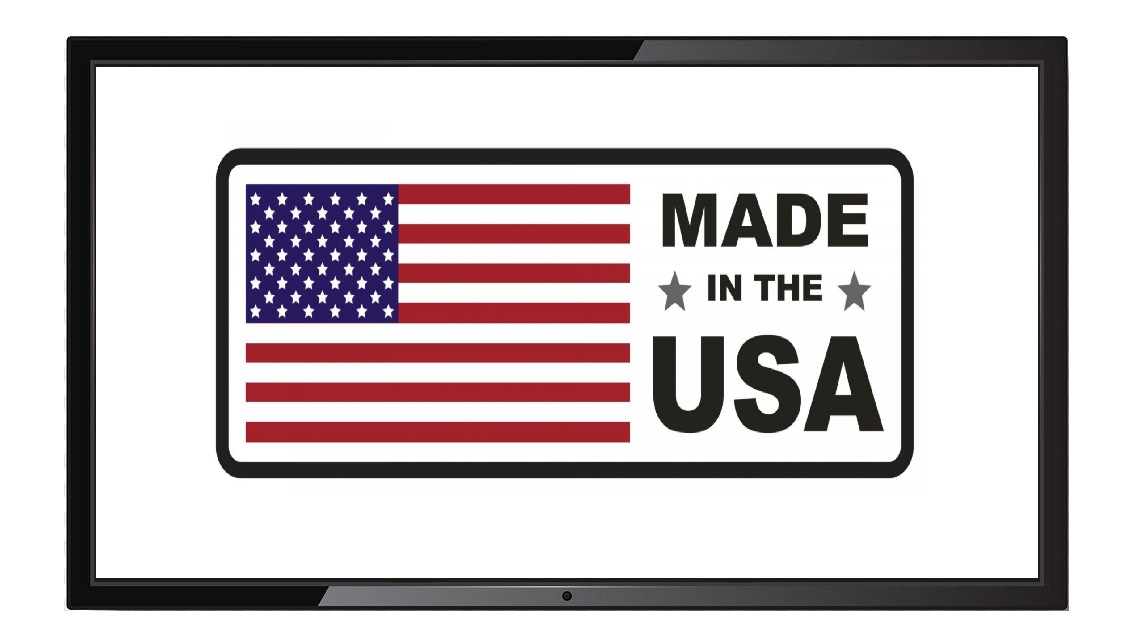 So, is there a TV made in America?

Here’s a list of all TVs that are made in the USA:

Silo Digital is one of the top TV manufacturers in the US. It is a privately owned company that is headquartered in Chatsworth, California. It operates as a consumer electronics manufacturer specializing in LED TVs.

Silo has been in the TV manufacturing business for over a decade. Initially, they started with tube TVs. Today, the company manufactures LCD and LED TVs ranging from 32 to 84 inches. The company also carries some brands of 3D LED units.

Philips Magnavox is an electronics company that was founded as a Commercial Wireless Development company in 1911. It was first based in Napa, United States, before changing bases to San Francisco.

The company underwent several changes till 1974, when it became a subsidiary of the Dutch electronics company Philips.

Today, Philips Magnavox specializes in the manufacture of, among other things, television sets. It owns several plants around the world, including Mexico, China, Malaysia, Thailand, and the USA.

Most Philips Magnavox TV models are assembled overseas, mainly in Asia. However, the US does assemble various models of projection TVs, which carry the made-in-USA mark.

SunBrite TV is an American company that is based in Thousand Oaks, California. It specializes in the manufacture of outdoor TVs that are designed and engineered to withstand harsh outdoor weather.

Aside from the main plant in California, SunBrite TV has two other production facilities in Texas and North Carolina.

If you are looking for proper TVs made in America, SunBrite has several great options for indoor and outdoor use.

Element Electronics is another one of the major TV companies that sell units that are assembled in the USA.

The company opened an assembly plant in Winnsboro, South Carolina, which also serves as its American headquarters.

Element Electronics is mostly popular for its Smart TVs – Android and Roku units. Most of the Element TV sets are, however, manufactured in Asia but assembled at the company’s plant in the USA.

This should be among your options if you are looking for TVs made in America. Seura is a TV manufacturing company that is based in Green Bay, Wisconsin.

It is a family-owned company that was set up in 2003 by Tim and Gretchen Gilbertson. Their first TV set produced was a TV mirror prototype that would turn into a full mirror when the unit was off.

Since then, the company has been specializing in the design and manufacture of lighted mirror TV sets.

The company also produces waterproof dual-purpose vanity TV mirrors for use in spaces such as bathrooms. On top of that, it also carries a range of indoor and outdoor TV models.

Ever wondered where Sceptre TVs are made? Well, now you have your answer – the USA. Sceptre is a private consumer electronics company that is based in the City of Industry, California.

When it comes to TV sets, Sceptre is best known for its affordable LCD and LED TVs, which have amazing displays of up to 4K. You can check out their catalog on their Amazon store.

Where are some of the famous TV brands manufactured?

Looking at the above brands and companies, you will notice that some of the household TV names are missing from the list. Ever wondered where these are manufactured?

For example, where is Samsung TVs made? The answer might surprise you (or not); their manufacturing plant is in South Korea. But they have a couple of plants outside Korea.

TVs that are made in the USA

These are some of the top TVs made in America. From the list, it is clear that American-made brands are on the decline. That being said, these companies carry the Made in America mark that you should support if you are feeling patriotic.

On top of that, some of the TV brands and models are quite revolutionary – such as outdoor TVs or dual-purpose TV mirrors.