Are you looking to improve your cooking skills? Or love the art of food and enjoy all things culinary?

Finding the right show that hits all the right spots can be difficult, but don’t worry; we have you covered! 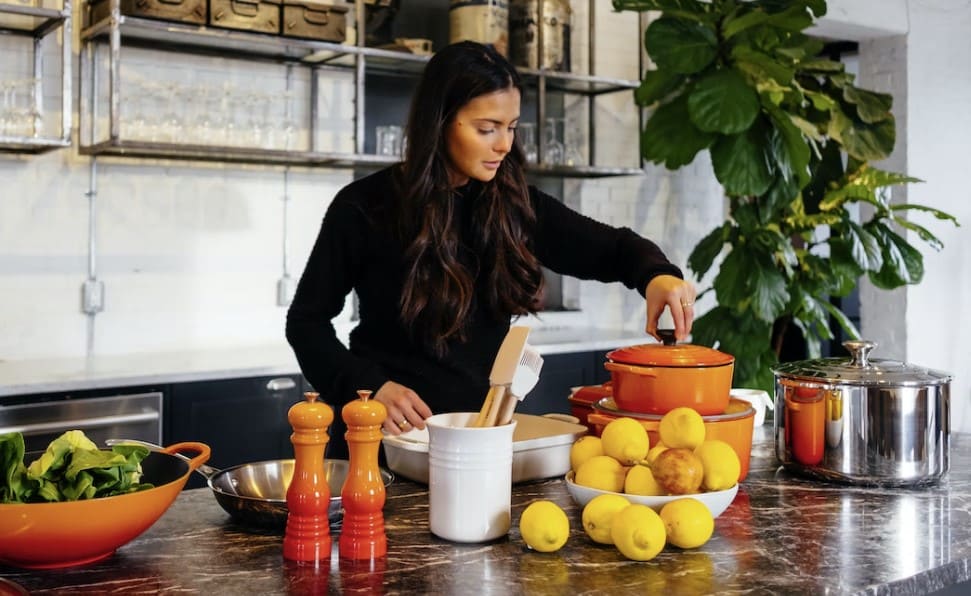 We have compiled a list of hot PBS cooking shows you are guaranteed to love: 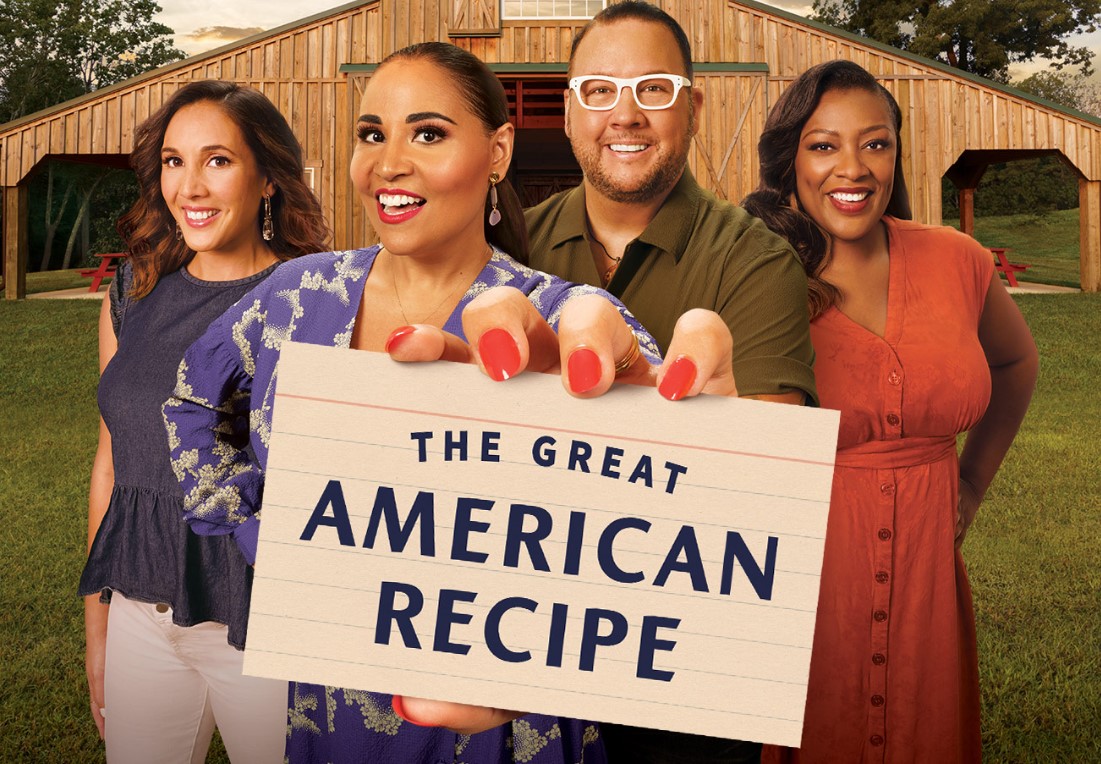 This all-new eight-part cooking competition is hosted by a trained chef and food writer Alejandra Ramos. It showcases the multicultural factors that make American food so iconic and distinctive.

Additionally, the series gives talented and passionate amateur cooks from all over America the chance to showcase their unique dishes. The winner earns the title of The Great American Recipe.

Professional chefs and judges Leah Cohen, Graham Elliot, and Tiffany Derry provide useful insights from a professional and experienced standpoint. They give the contestants a little extra support along their race to the title. 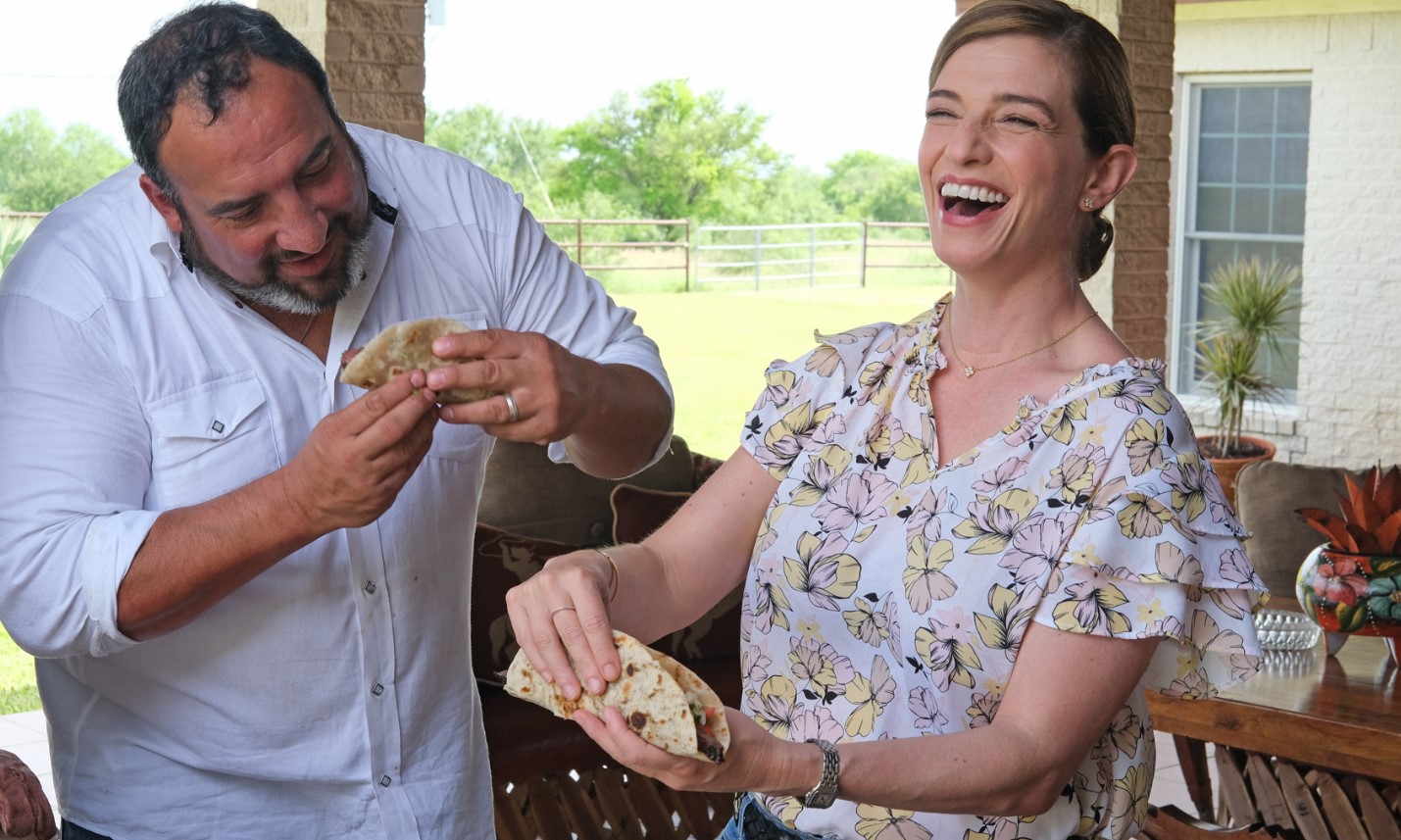 Join James Beard Award-winning host Pati Jinich as she travels to El Paso, Ciudad Juarez, Nuevo Laredo, and a list of other regions along the U.S-Mexico border, sharing meals with the local people as she reflects on the blending of their different cultures.

Pati is known for her achievement as the host of the four-time Emmy nominated and three-time James Beard Award-winning food series Pati’s Mexican Table.

She switched careers from being a political analyst and a resident chef of the Mexican Cultural Institute in Washington D.C.

Pati Jinich is now living her dream of conducting in-depth interviews with locals while immersing herself in the various cultures.

She is also the author of three cookbooks, so if there is anyone that knows her stuff when it comes to food, it’s Pati. 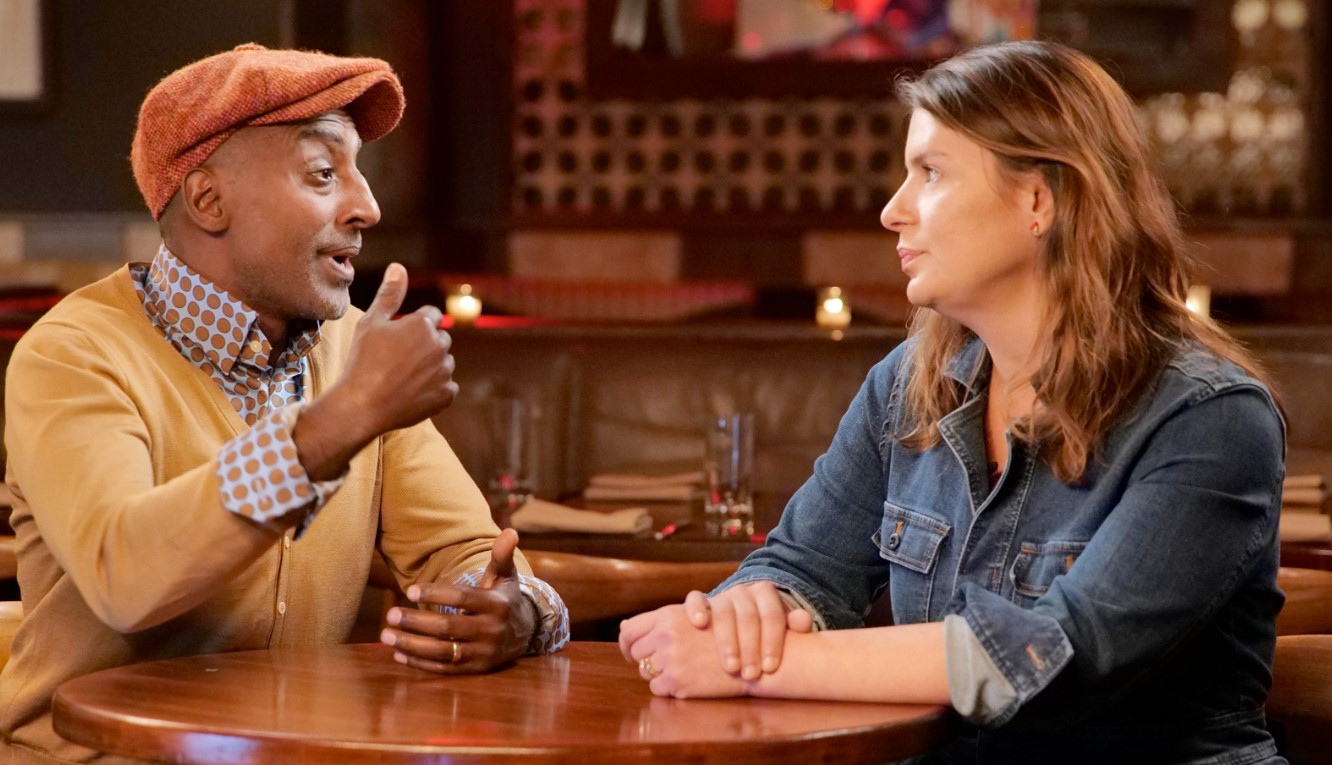 Julia Child, the winner of both Emmy and Peabody Awards, paved the way for culinary experts to showcase their skills on television.

Starting in 1963 with The French Chef, Julia has taught generations how to cook and dine well. She pairs it with her charming and quirky personality.

Over fifty years after the debut of The French Chef, some of the most popular chefs and celebrities today have come together to savor some of the most beloved episodes from the series. This is in appreciation of this pioneering woman in the world of culinary arts.

Furthermore, in one of the episodes, we see José Andres and Eric Ripert amazed by Julia Child’s hands-on treatment of a whole fish. Finally, José jokes about his debt to Julia for making fish a popular dish in America. 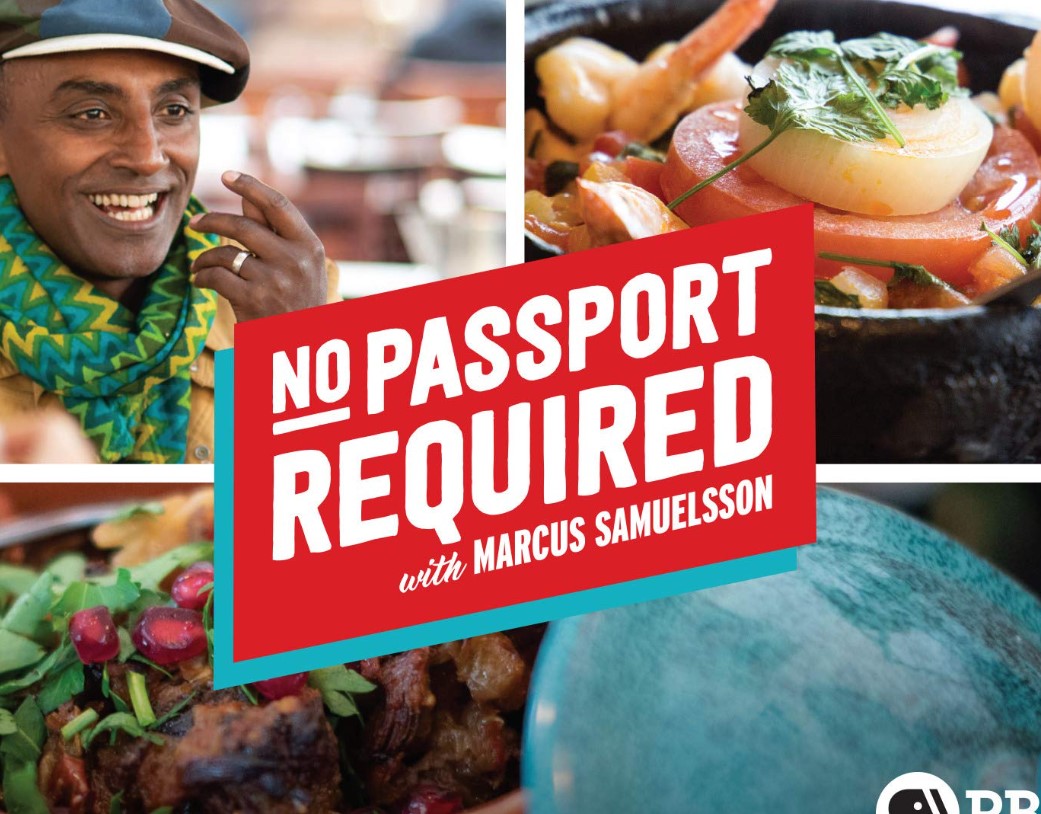 Every week, Marcus takes us on an inspiring journey across the U.S. He explores and appreciates the diversity of immigrant cuisine that has been merged with American food, enhancing the already vibrant culture.

No Passport Required truly demonstrates how food brings Americans, old and new, from all walks of life, together at one table.

The series looks at the cohesiveness between the various ways in which different cultures interpret the same dish, all while exploring the complex identities and historical backgrounds that make up the American South.

From exploring the uses of pickles to learning about the relationship between pies, labor, and migration in early America, Vivian Howard takes us long on this extraordinary journey through the South.

She travels all over America, from the huge bustling cities to the remote corners of rural America. Throughout the show, she converses with a group of Americans who overcame the odds, turning their losses into wins by serving their communities.

Unlike most food shows on PBS, Lidia doesn’t just focus on the culinary aspects when she travels. Instead, she is more focused on sparking conversations.

A wrongly convicted man who became a lawyer and advocate for the underserved. A paralyzed NYC restaurant owner who opened a barrier-free restaurant and launched a nonprofit to support and empower people with disabilities. A group of veterans who help people affected by natural disasters.

These are just a few intriguing conversations you can expect to see in this series. 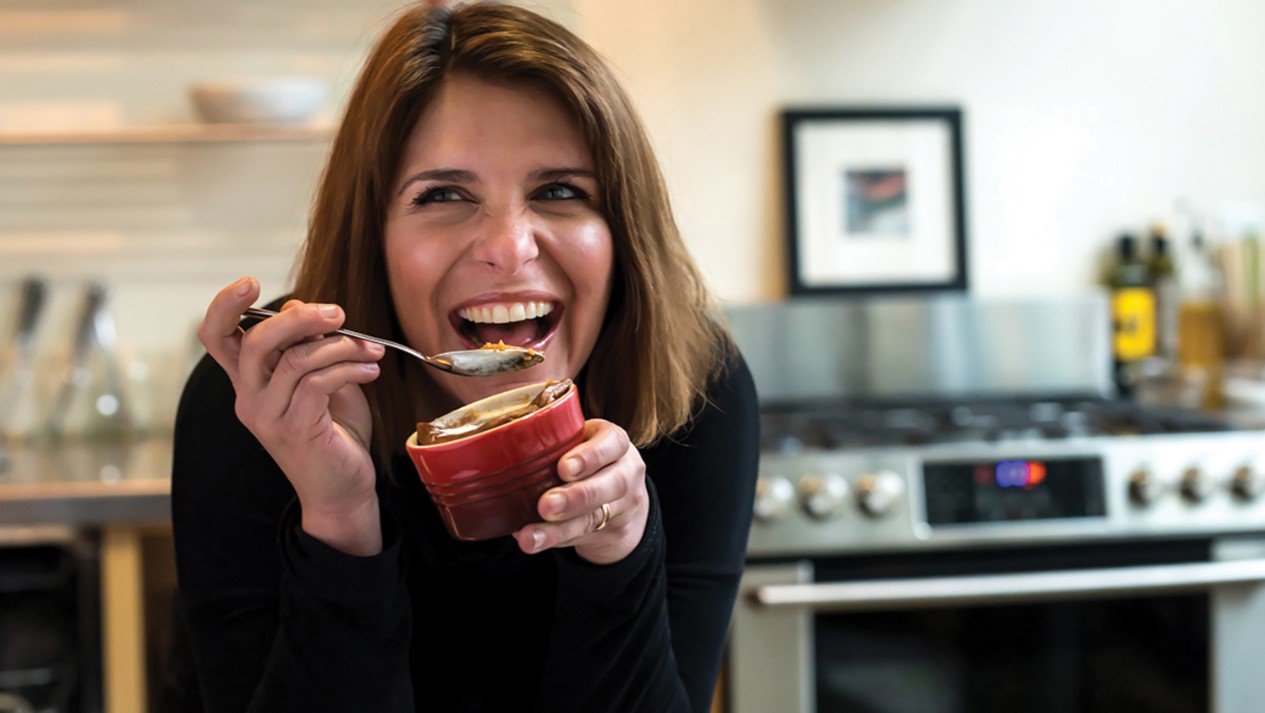 This exciting series comes from the host of Somewhere South with her husband Ben Knight, which gives us an inside look at their lives after they left NYC to open a fine dining restaurant on the East side of North Carolina.

The thirteen-week series follows Vivian Howard into cornfields, gardens, and hog farms as she searches for the freshest ingredients that inspire her recipes.

The show is a true celebration of farm-to-table dining. 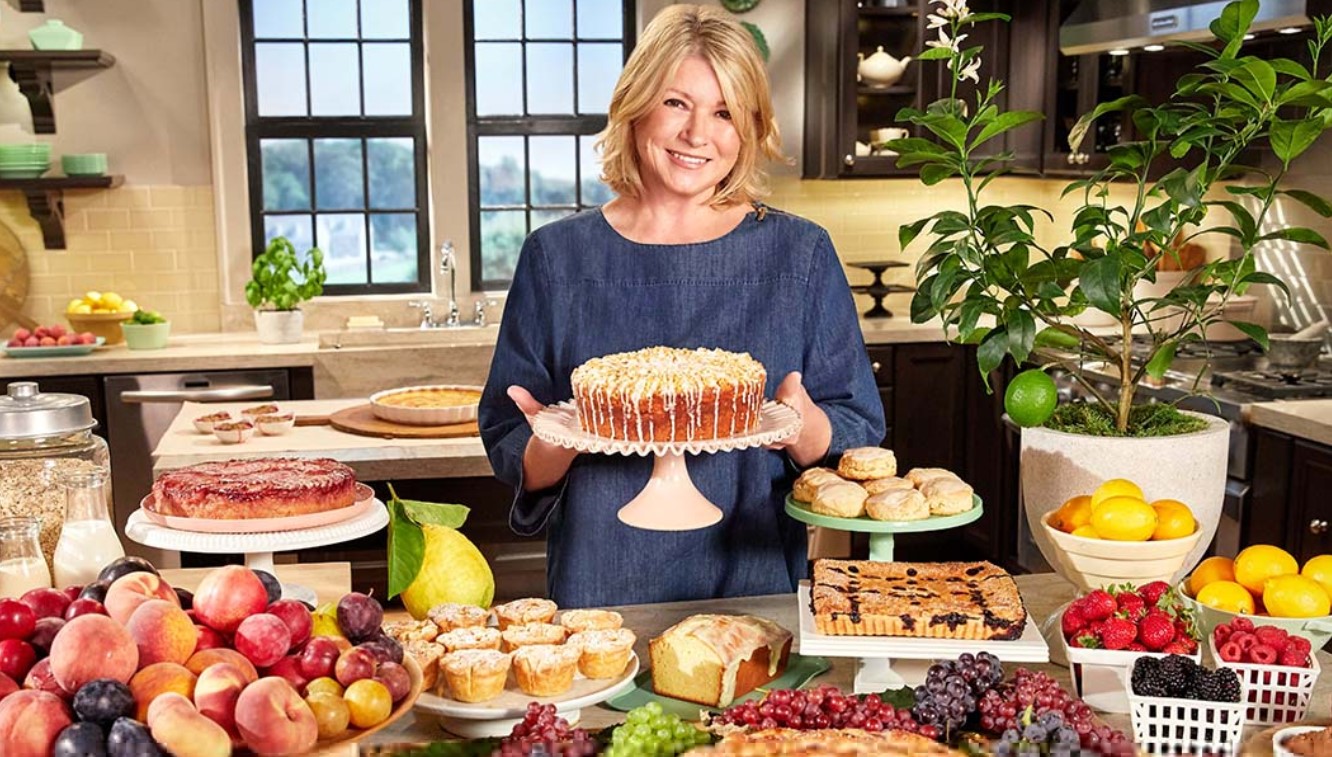 Join Martha Stewart as she shares the best baking techniques and tips. By watching her, you’ll gain the confidence to learn to create the finest pastries and deserts from the comfort of your home.

She shares updated versions of familiar favorites in this series, adding new angles with new ingredients and flavors.

Martha takes us back to her old PBS cooking shows, from almond-shortbread sandwich cookies to sweet grape tarts and chocolate charlottes. 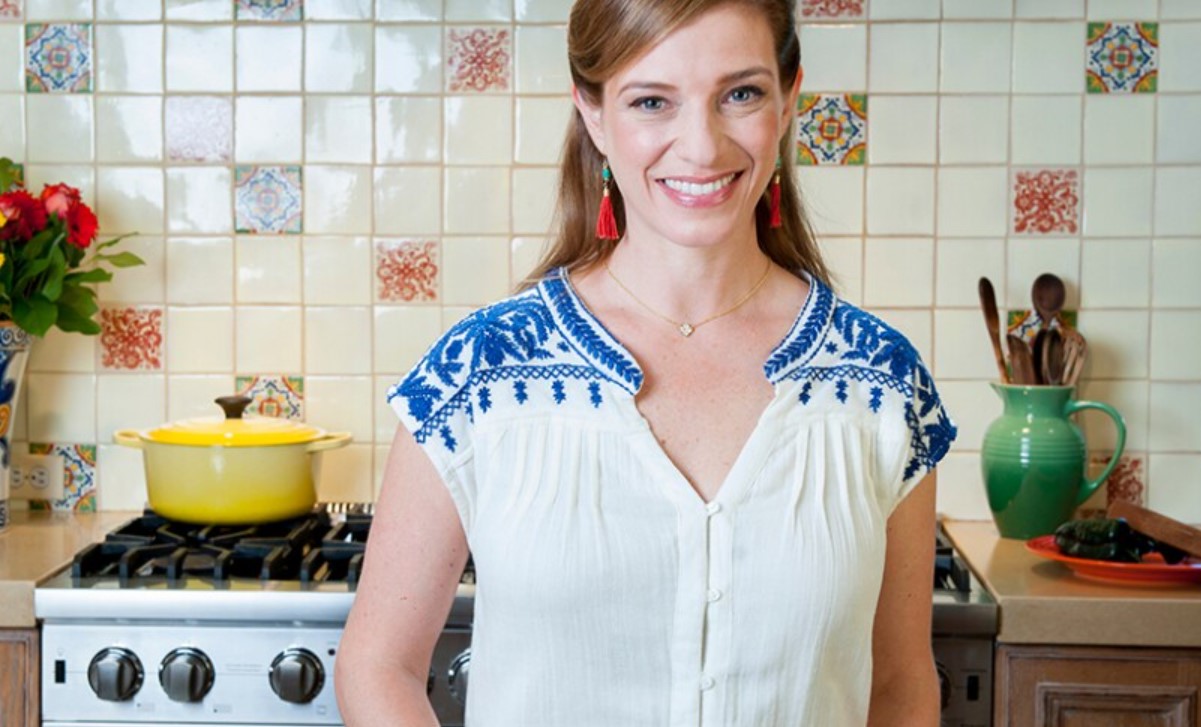 The host of La Frontera with Pati Jinich brings us this all-new creation, birthed from the nostalgia of the foods that shaped her childhood in Mexico.

Pati takes us along as she explores Mexico. She then welcomes us into her kitchen, showing us how to make traditional Mexican dishes with a little twist.

In each season, Pati explores a different region of Mexico to have us experience just how diverse and deeply rooted the Mexican culture is.

Further, she gives us an exclusive peek into the fascinating history of Mexico by introducing us to chefs, families, and artisans behind some of these recipes.

Pati’s Mexican Table is undoubtedly one of the best cooking shows on PBS. 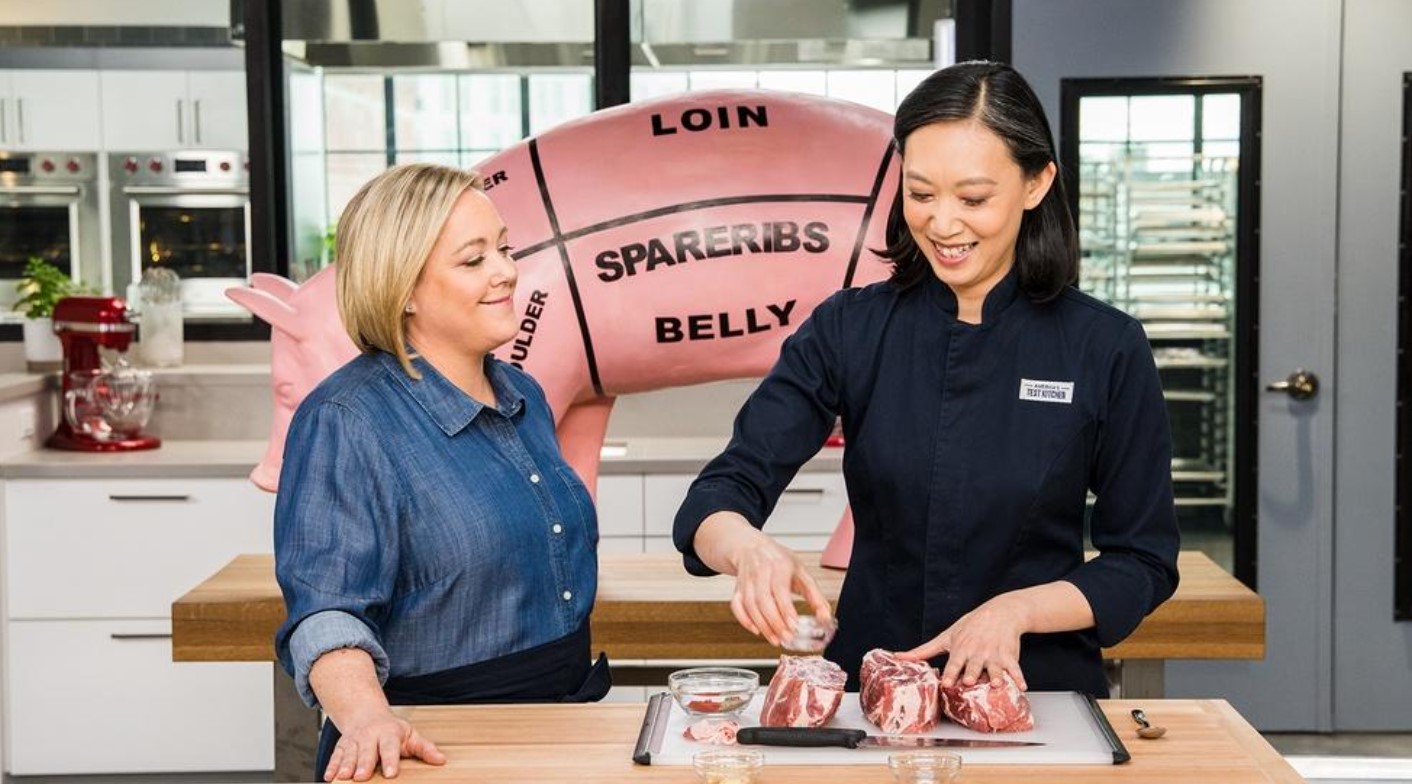 America’s Test Kitchen is one of the most-viewed cooking shows on public TV. It boasts of over 2 million viewers tuning in during the average minute.

It is hosted by Bridget Lancaster and Julia Collin Davison. The show has gained recognition for sharing cooking skills and deep knowledge of food with viewers. You’ll get to know hundreds of recipes the hosts have prepared on air as test cooks.

In the show’s latest season, they are changing the game by bringing you equipment reviews. You’ll also enjoy watching taste tests and recipes you can easily make at home.